The Truth of Illusions 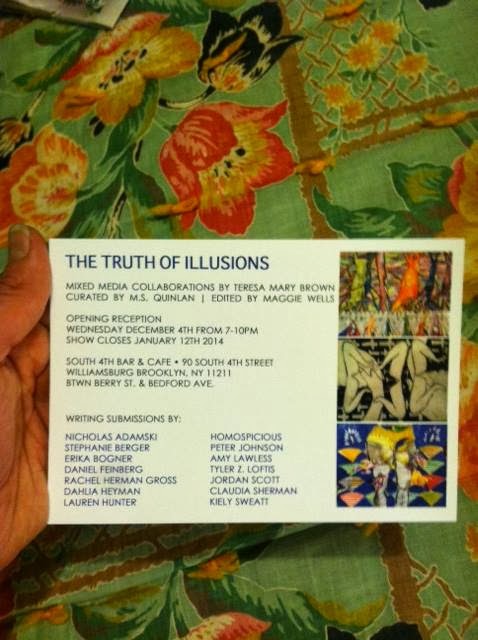 My friend, the artist Teresa Mary Brown, made a bunch of amazing art works based on poems and writings. Her theme was fantasy and the writers interpreted this theme in a variety of ways.   It's kind of reverse-ekphrastic or maybe that's still ekphrastic?  I gave her a poem called 'Fantasy" which I based on a painting of the temptation of St. Anthony. I  didn't tell that to Teresa when I gave it to her.  I wanted it to be a triple ekphrastic.  An ouroboros, if you will.

Teresa's process is really cool. Once she received all the poems, she didn't look at them until she was actually in front of her canvas/paper.  So it was really an exercise in surprise, self-discipline, self-exploration and the immediate connection to the words and the work.  Inspiring! Bold! Terrifying!